Home / Reviews / Haute Dolci – Cheshire
Haute Dolci is a new dessert cafe with a luxurious feel and delicious desserts. It has a similar feel to Heavenly Desserts as they are the owners. They have done a few things like adapt the menu to make it easier to read and improved their desserts. Once again they have provided as promised but keep reading to find out more. As always I like to first visit a new place anonymously to get a true representation of what the food & service is like thus the following review is based on that experience.

Before I describe the place, I better explain the whole #GotTheKey. Haute Dolci is a new location that opened for exclusive access on 19th January 2018 if you had one of their golden keys. There are many ways to get one. Either one was sent to you because you’re such a foodie or you could randomly win one placed in various hidden locations throughout Cheshire Oaks and other places such as Heavenly Desserts. They were placed in strange places such as on a Christmas tree. If you have a key, this grants you and 3 people exclusive access to events and their secret menu being released in 8 weeks! So if you haven’t got one already, it’s worth trying to get one. On arrival, a red carpet was laid out in front of Haute Dolci with a suited man to ensure you #GotTheKey before granting you entry. The interior is like no other dessert place. It is elegant, pleasing to the eye, well thought out and chic. It is very large thankfully so I doubt you should have to wait too long as I expect it will be busy most of the time. There is a V.I.P area which is away from all the noise with a luxurious red theme with opaque red curtains. The entire cafe has a luxurious feel to it with a cream and gold interior. The seating is comfortable, and there are plenty of seats, yet they aren’t too close together. They also have a prayer room that is currently being finished. The prayer room is available to everyone even those who aren’t customers, so if you are shopping at Cheshire Oaks, you now have somewhere to pray which I think is beautiful. The bathrooms are also lovely and again luxurious. The kitchen area is all visible so you can see your dessert being made, everything behind the desk is somewhat busy yet clean and lovely. They have plenty of ice-cream which looks so yum! The best part is their two long neck taps with melted chocolate oozing out at all times. Oh and not to forget that Haute Dolci is located near various restaurants which is great as there is a massive carpark that is free of charge. 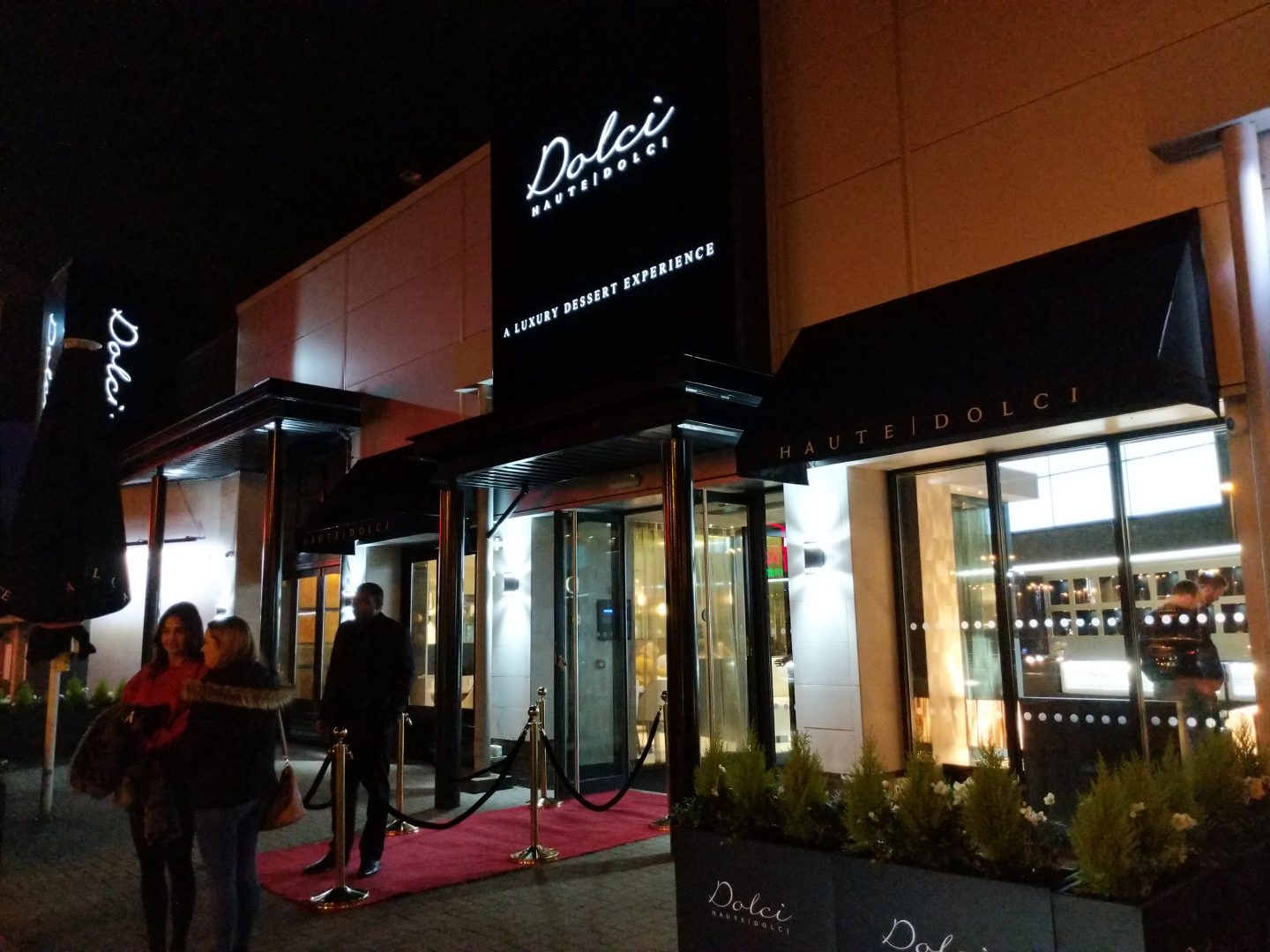 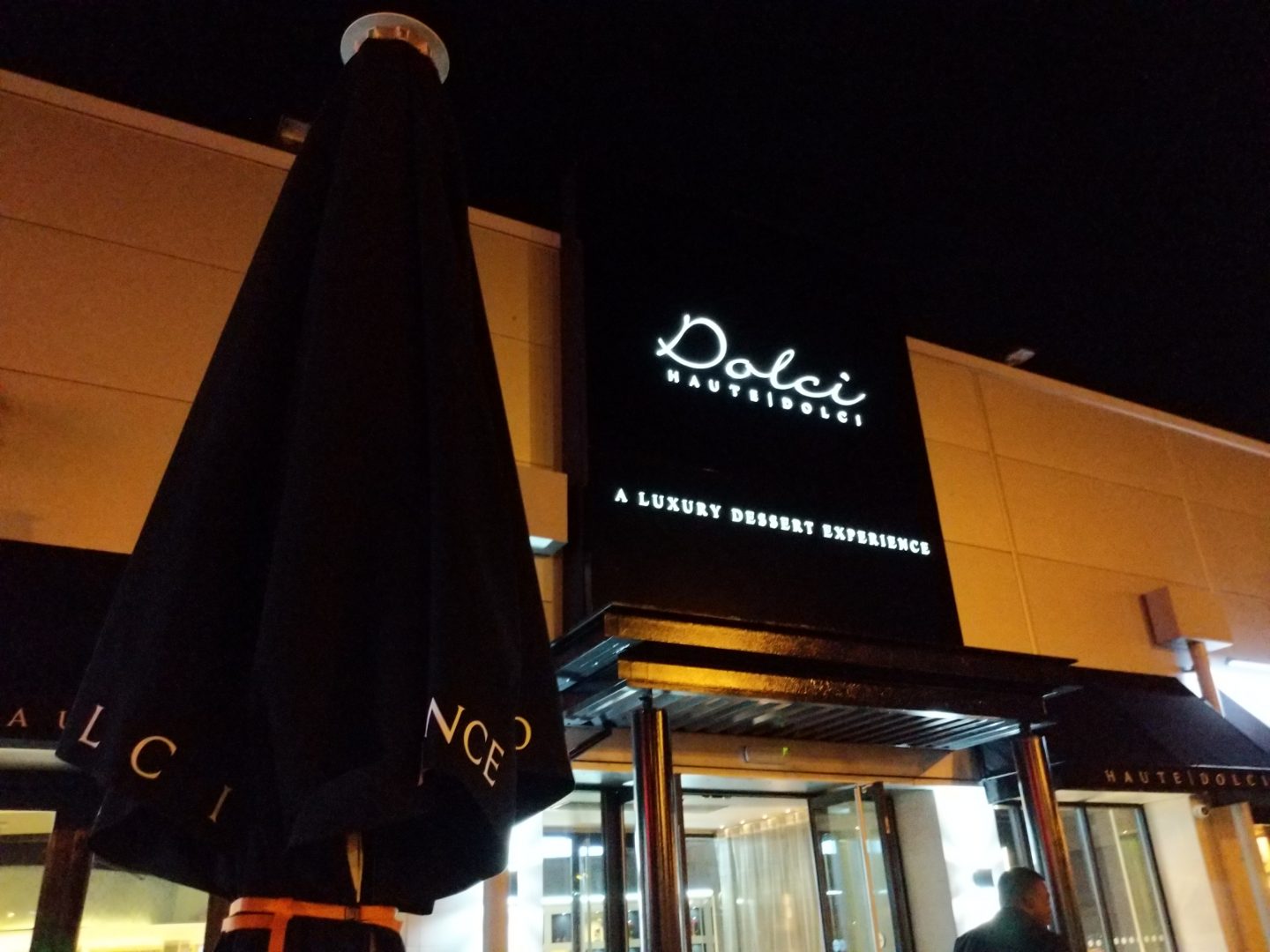 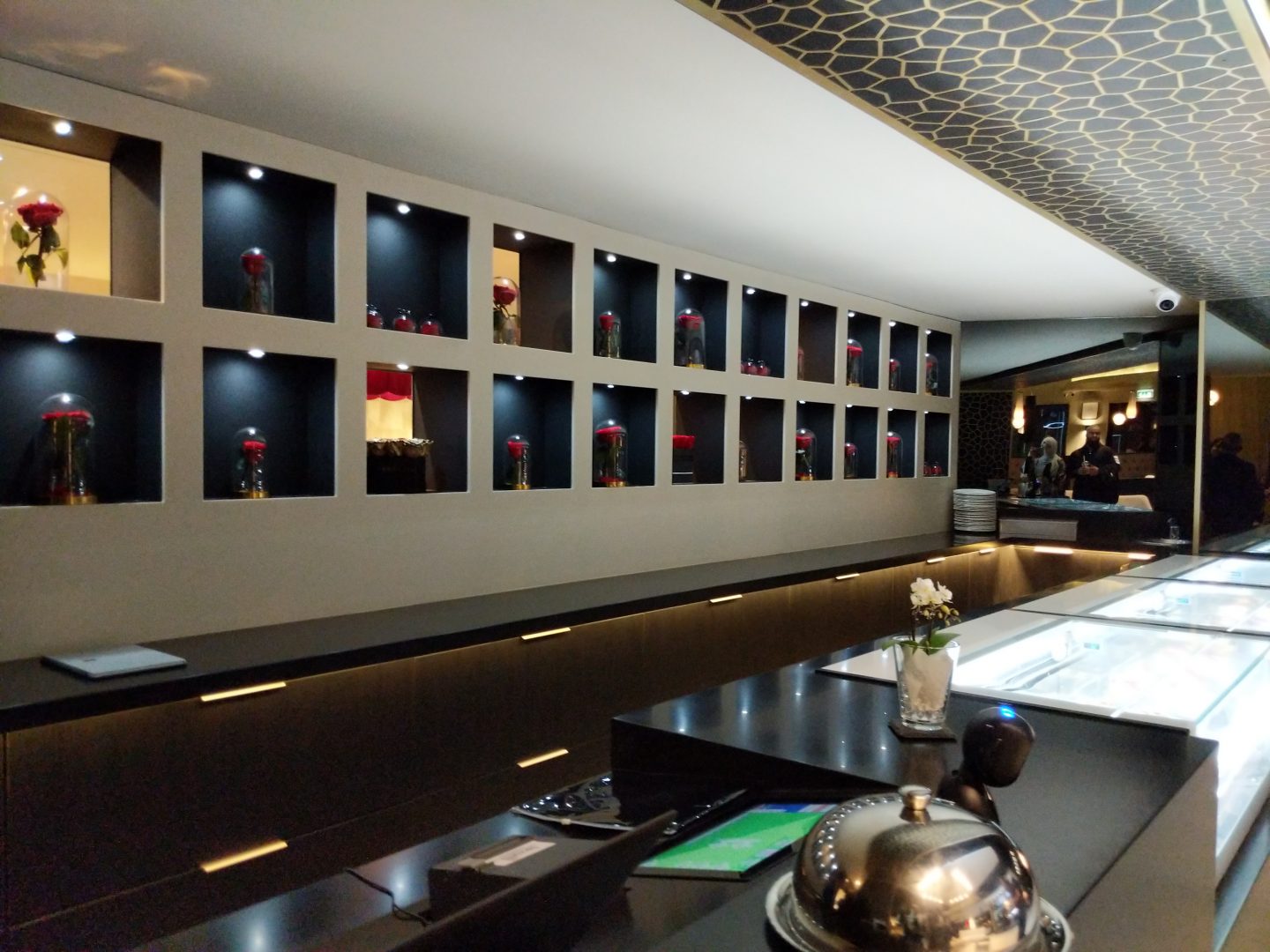 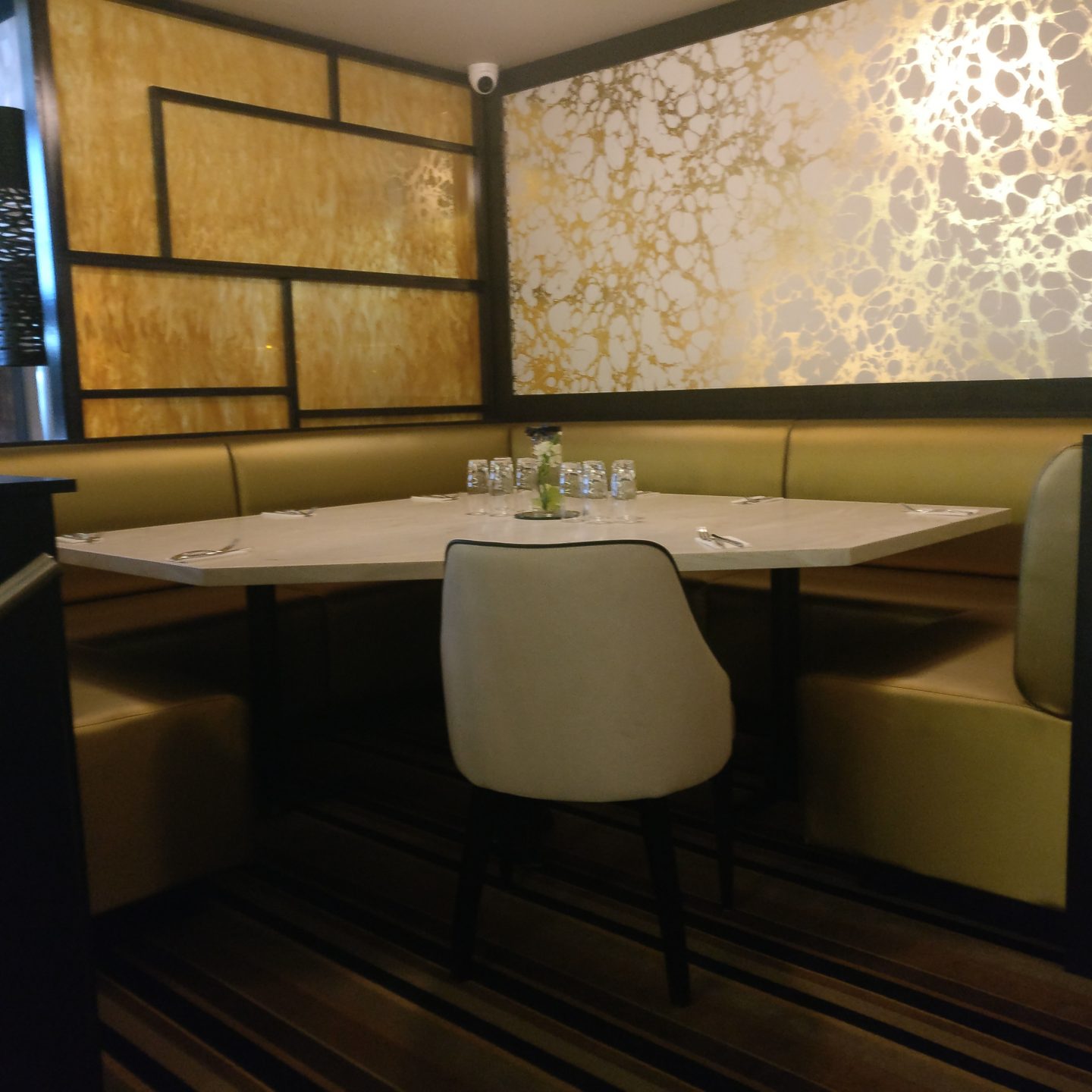 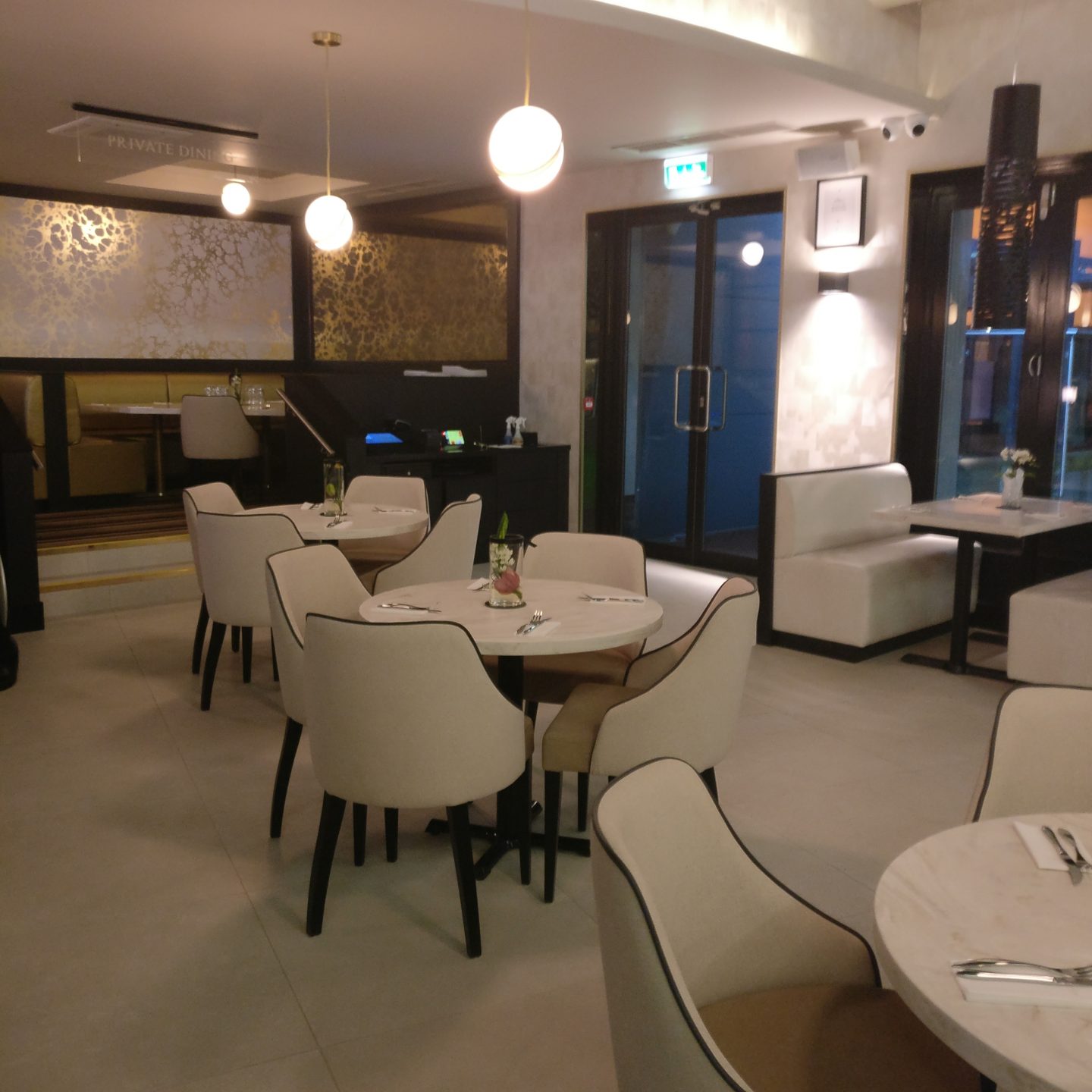 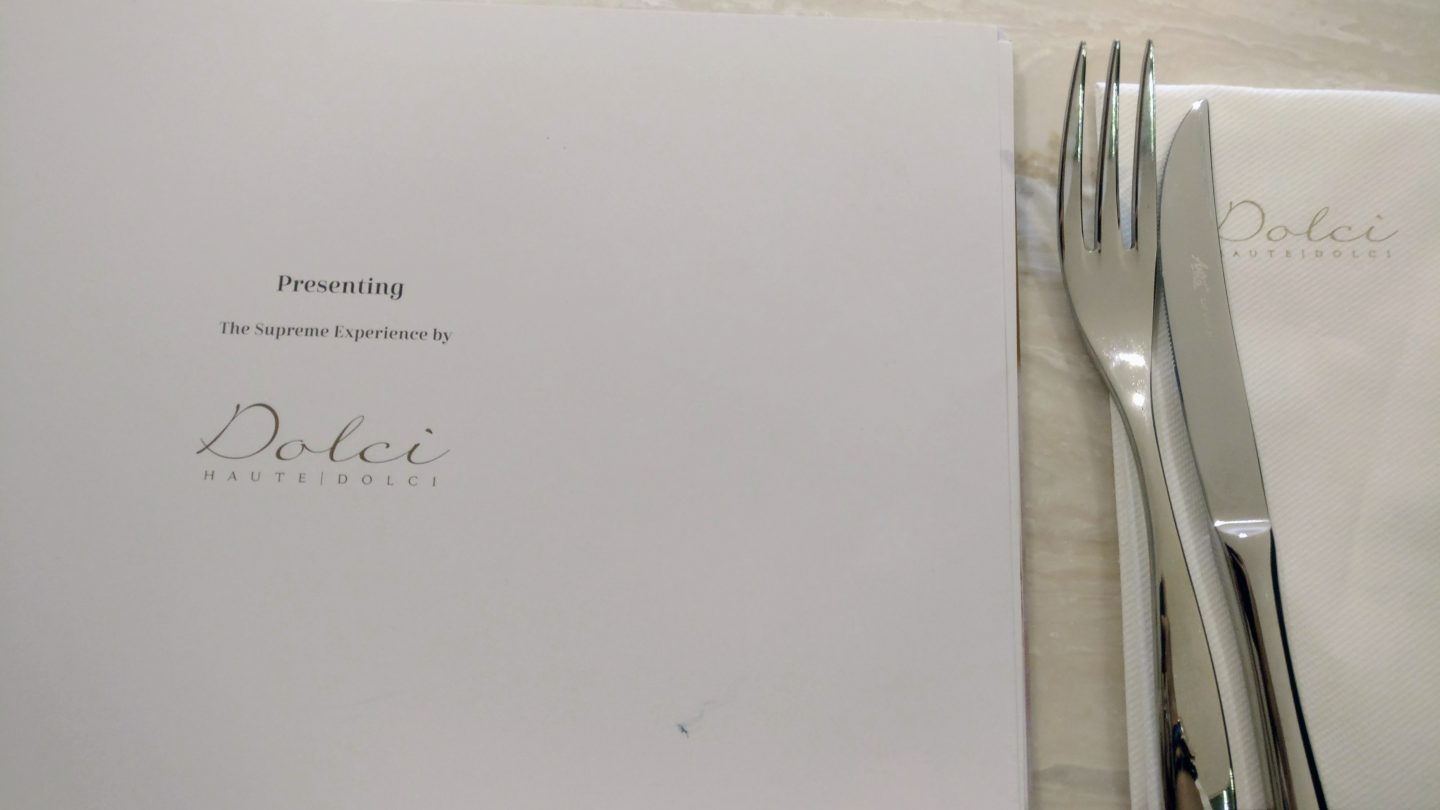 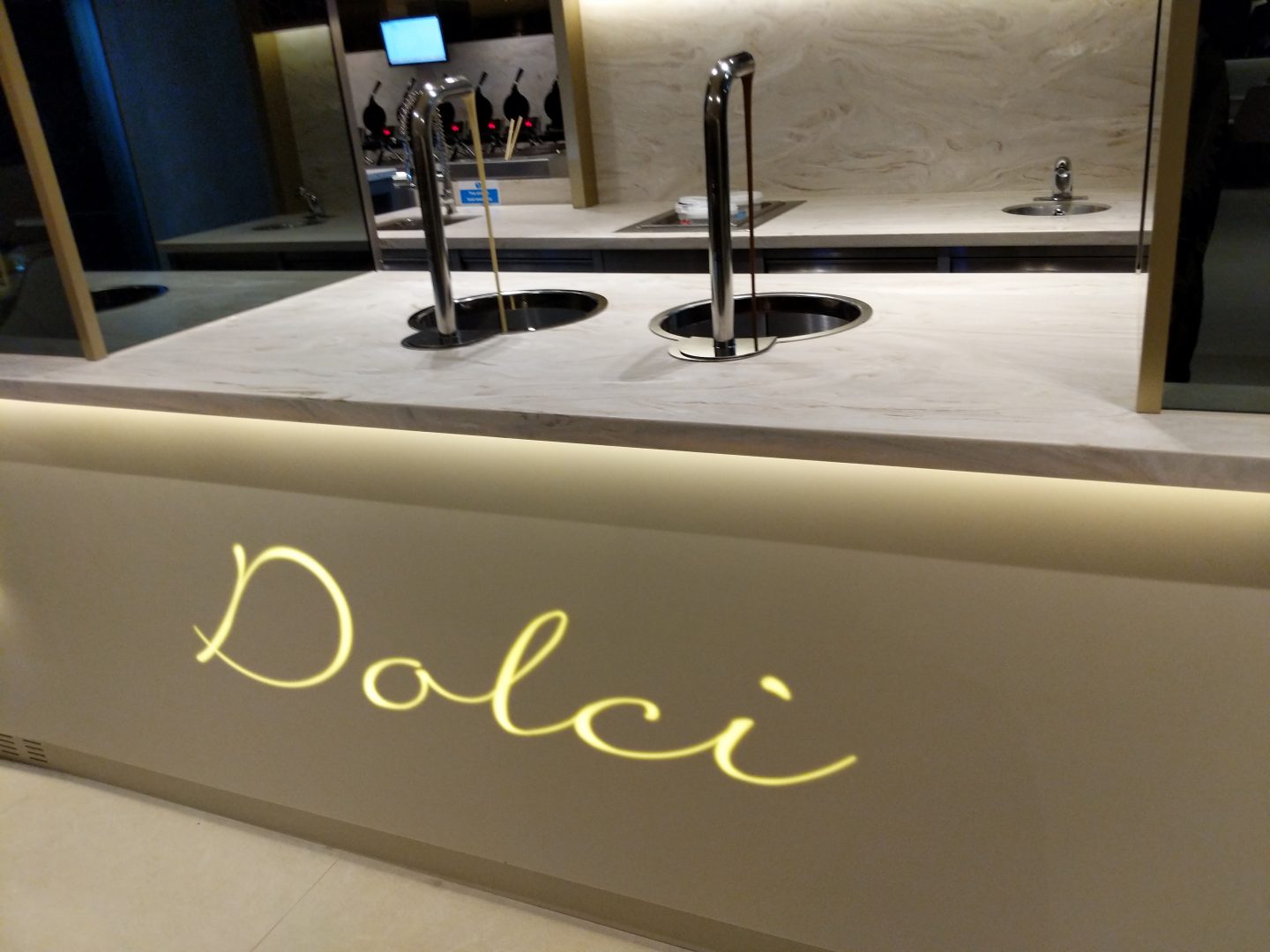 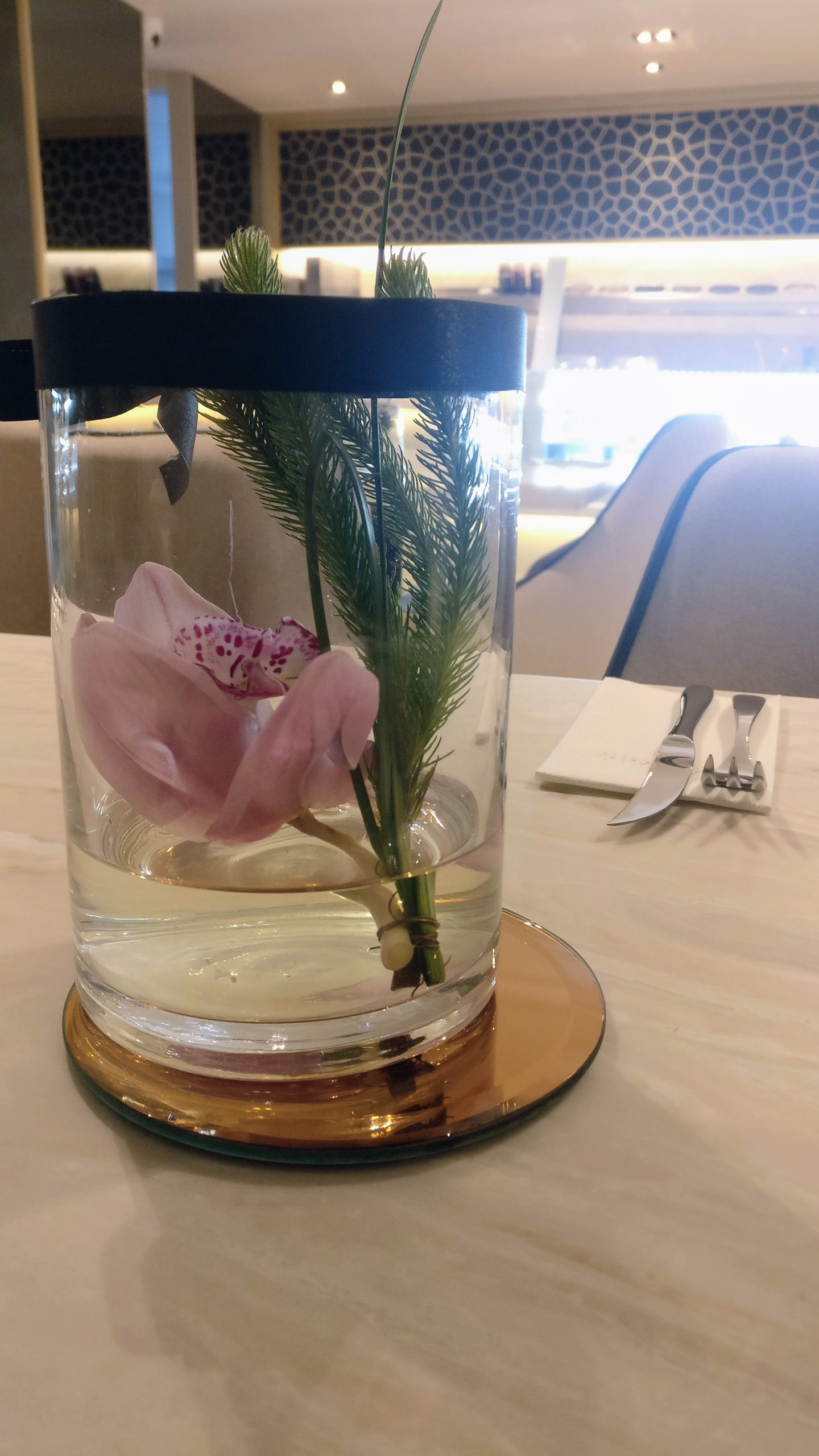 Outside there was a lady performing fire dancing #Don’tForgetTooLowerYourGazeBoys.There were a host and a hostess at the door to greet us on arrival and directed us to the front desk which was added to the welcoming at Haute Dolci. There was a magician visiting every table after you had placed your order to pass the time. He did two magic tricks which kept all the guests entertained making sure that time past quickly while waiting for your order. As you can tell at Haute Dolci, they have gone all out to ensure you enjoy your visit and experience the luxurious style they have moulded. 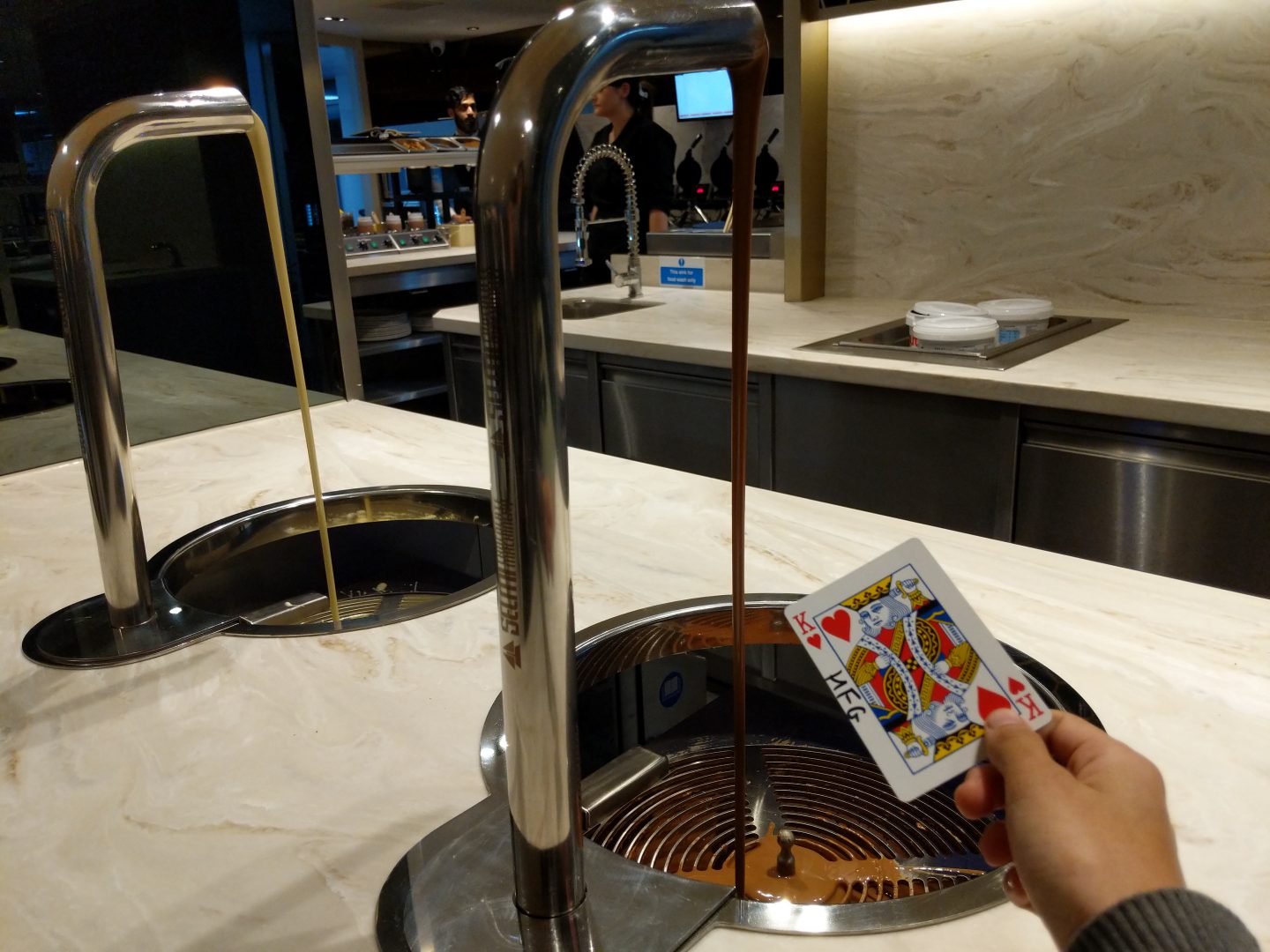 Management was great. There were at least 5 managers around & the CEO was also there. Wherever I looked, I have to say there was a manager nearby ensuring everyone was content. They were very helpful, polite and tried their best to cater to all needs. They fixed any issues at hand, for example, I had a hiccup with one of my desserts (I won’t mention what because I’m not here to be negative and shame anyone) and they gave me another dessert of my choice on the house. All the staff were friendly and smiling. Given that we attended the opening night and it got rather busy while we were there the staff dealt well with the stress really well. Most of the staff were too busy to chat but our waitress ‘Charlie’ was lovely. It seemed each area/table was assigned a member of staff to ensure that no staff was overwhelmed and customers were not neglected. We did have to wait a while to manage to get anyone to come over but again that is really down to it being their launch event.

‘I Won’t Tell if You Won’t’ – French chocolate crêpe, drizzled with warm Dolci milk chocolate on sun riped strawberries with a side scoop of two-tone stracciatella. This was thicker than most crepes but I enjoyed it. Although it was cold so if you prefer your crepes warm just let them know. I loved that they weren’t shy on the strawberries and they were delicious! The stracciatella it was served with had a cookie and cream type flavour. 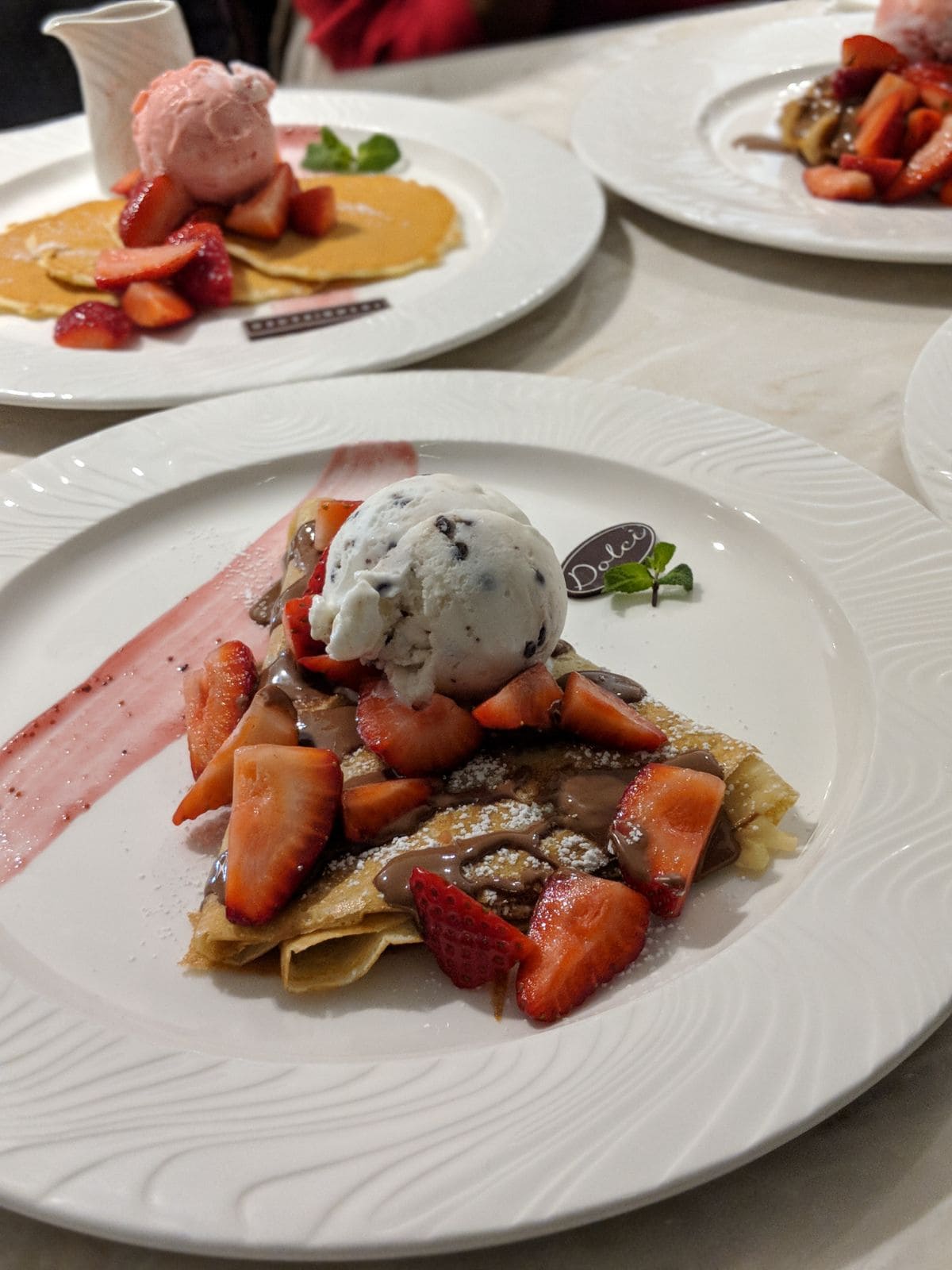 ‘Best of Both’ cookie dough- This cookie dough is perfect when you can’t decide whether to go for white or brown chocolate you get the best of both, one on each half. It was garnished with strawberries and a scoop of vanilla ice-cream. It was actually amazing (we ended up getting another). It came with there yummy melted Dolci chocolate. As I love garnishing food, I drizzled the chocolate mixing the two so it got a little messy. It was beautiful how the chocolate hardened over the scoop of ice-cream, so it had like a scoop-shaped lattice as I lifted it off.  But this is something I would most definitely recommend, it was crispy on the outside and hot and chewy on the inside. 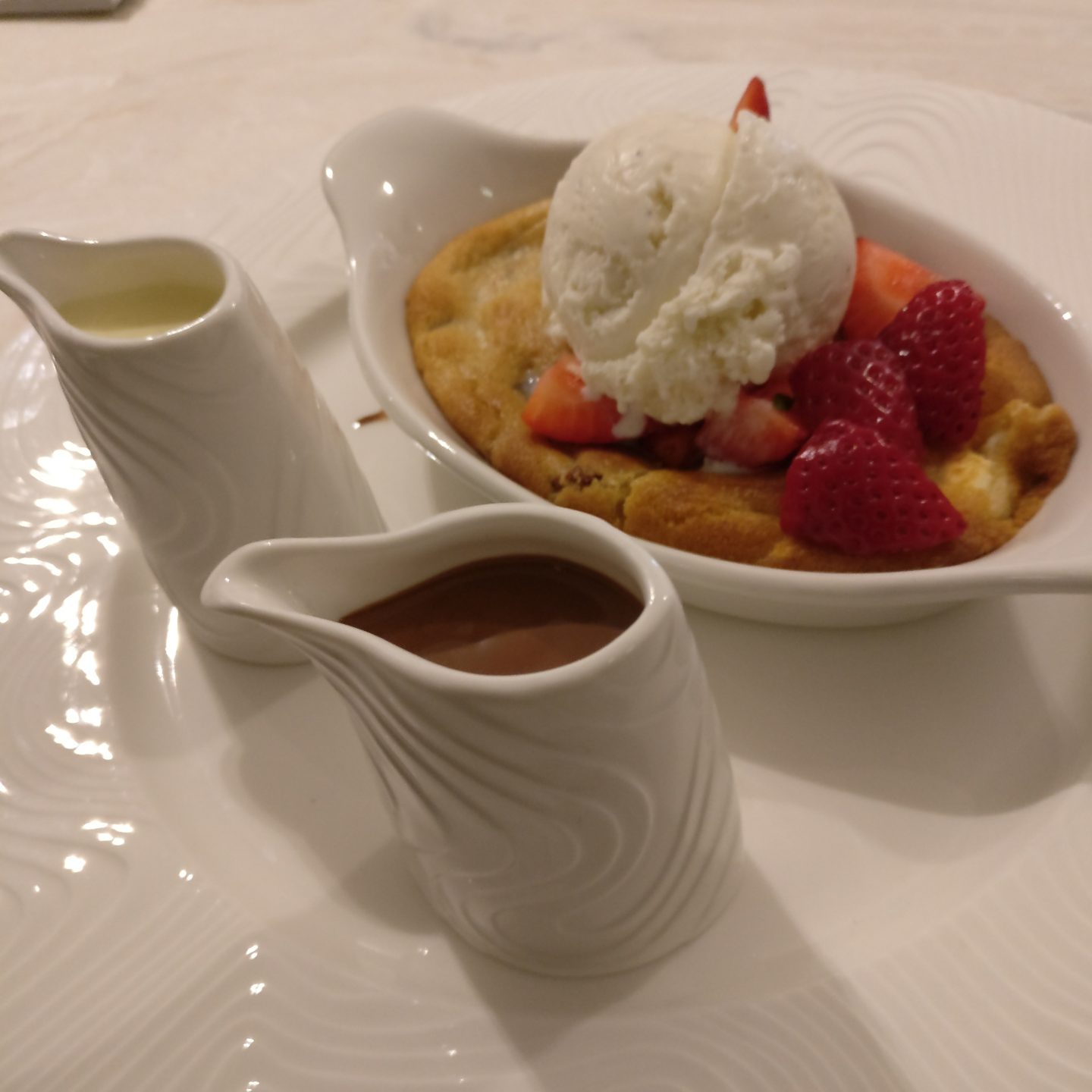 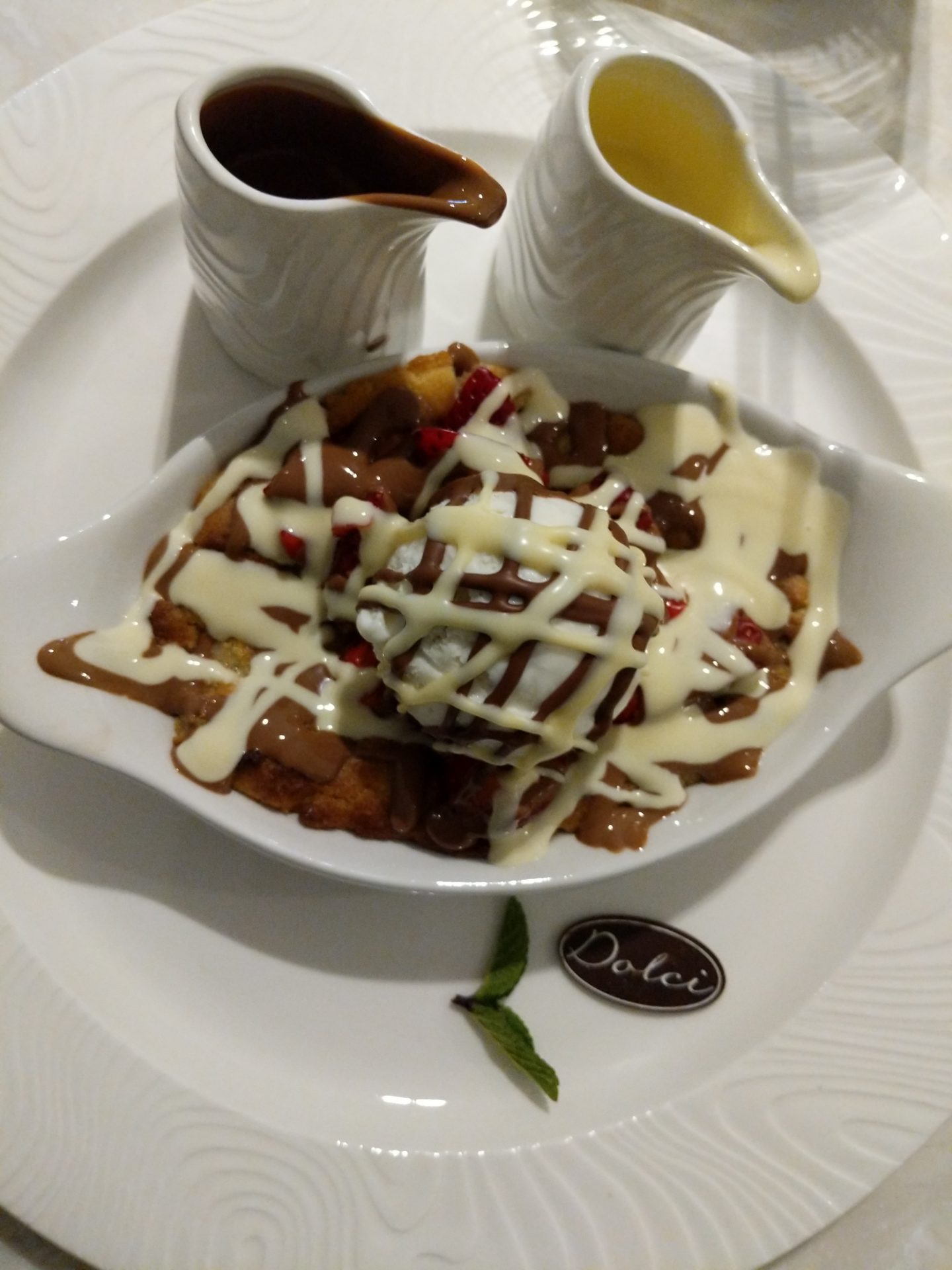 ‘Me Time’ pancakes – They were delicious, fluffy and one of the best things I had. They weren’t as thick as I thought but I didn’t mind seen as they were so tremendous. Once again they were accompanied by strawberries, melted Belgian chocolate and a scoop of strawberries & cream gelato. I will definitely get these again next time. 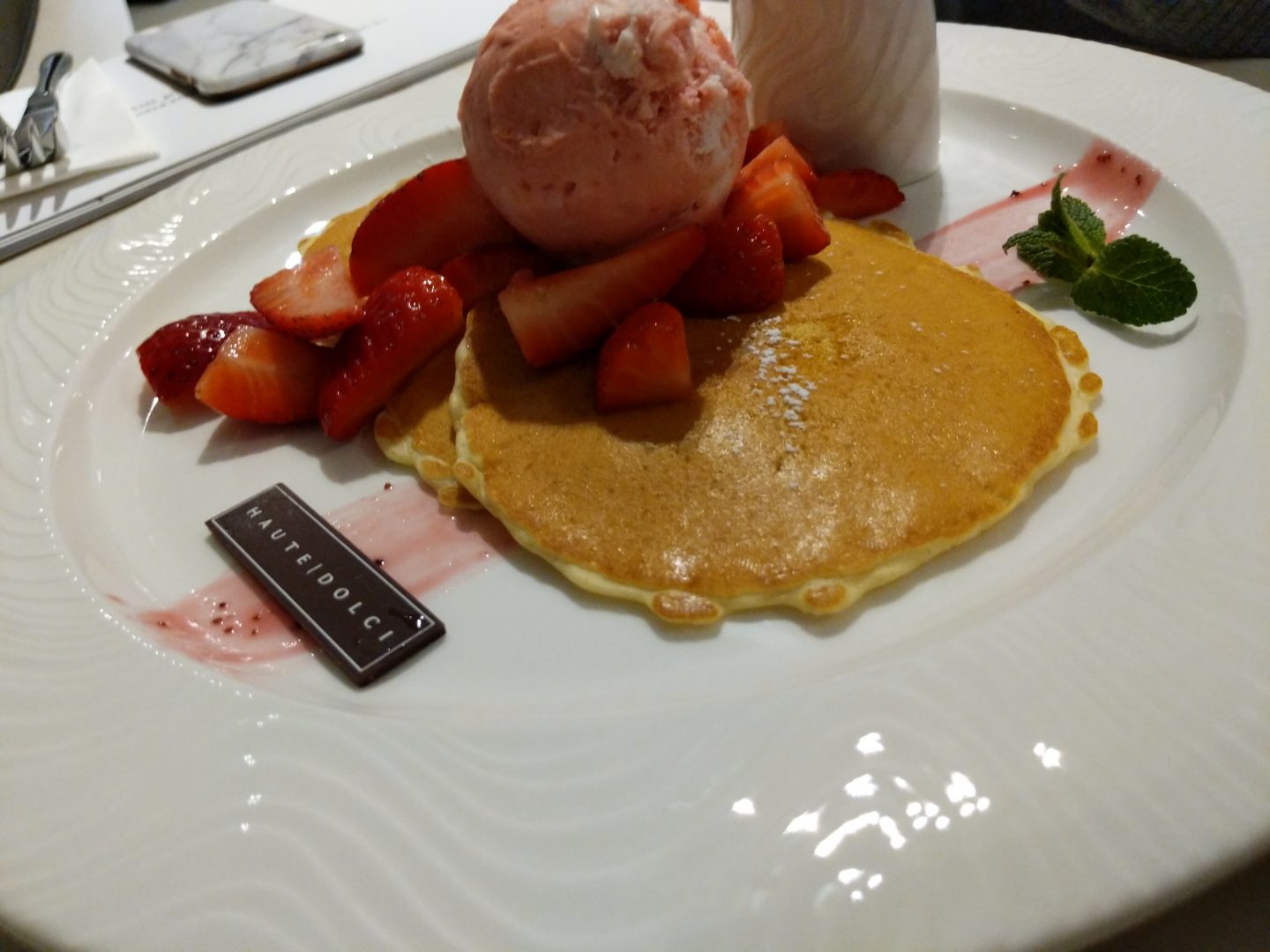 ‘Guilty Indulgence’ – A Belgian waffle sprinkled with ripe scarlet strawberries and covered in molten Dolci milk chocolate. Enhanced with a globe of strawberries & cream gelato. This was lovely and I have to say the raspberry was just as good as the strawberries 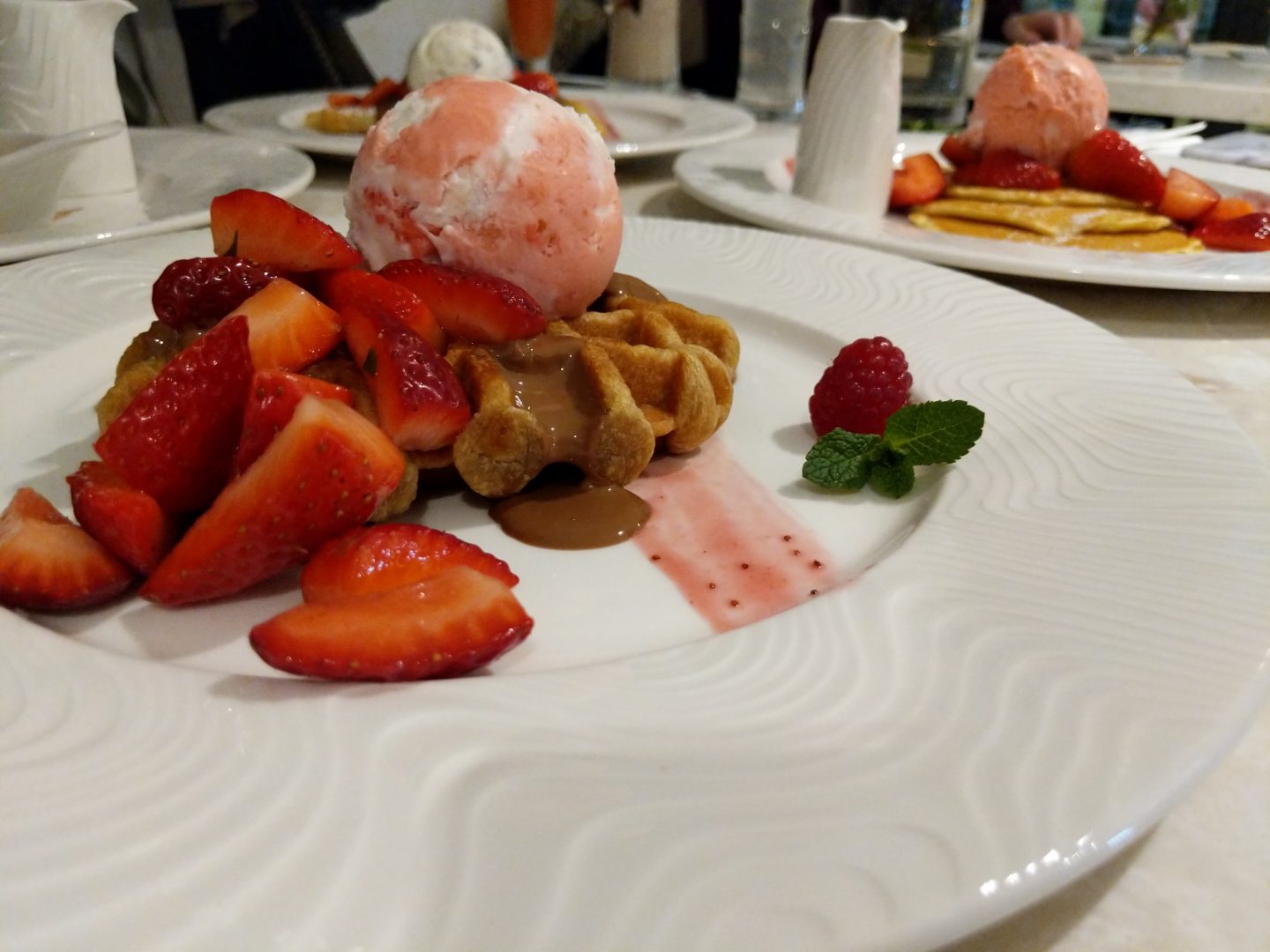 Dolci Chocolate Shots – So these are exactly as they are named, a shot of there melted chocolate that oozes out two long meck taps adding a special touch to the place. All we wanted to do was stick our mouths under them and drink. They were so yummy. Oh, and the plates were garnished with sugar which at first I found strange but I have to say strawberries and raspberries rolled in sugar taste great. 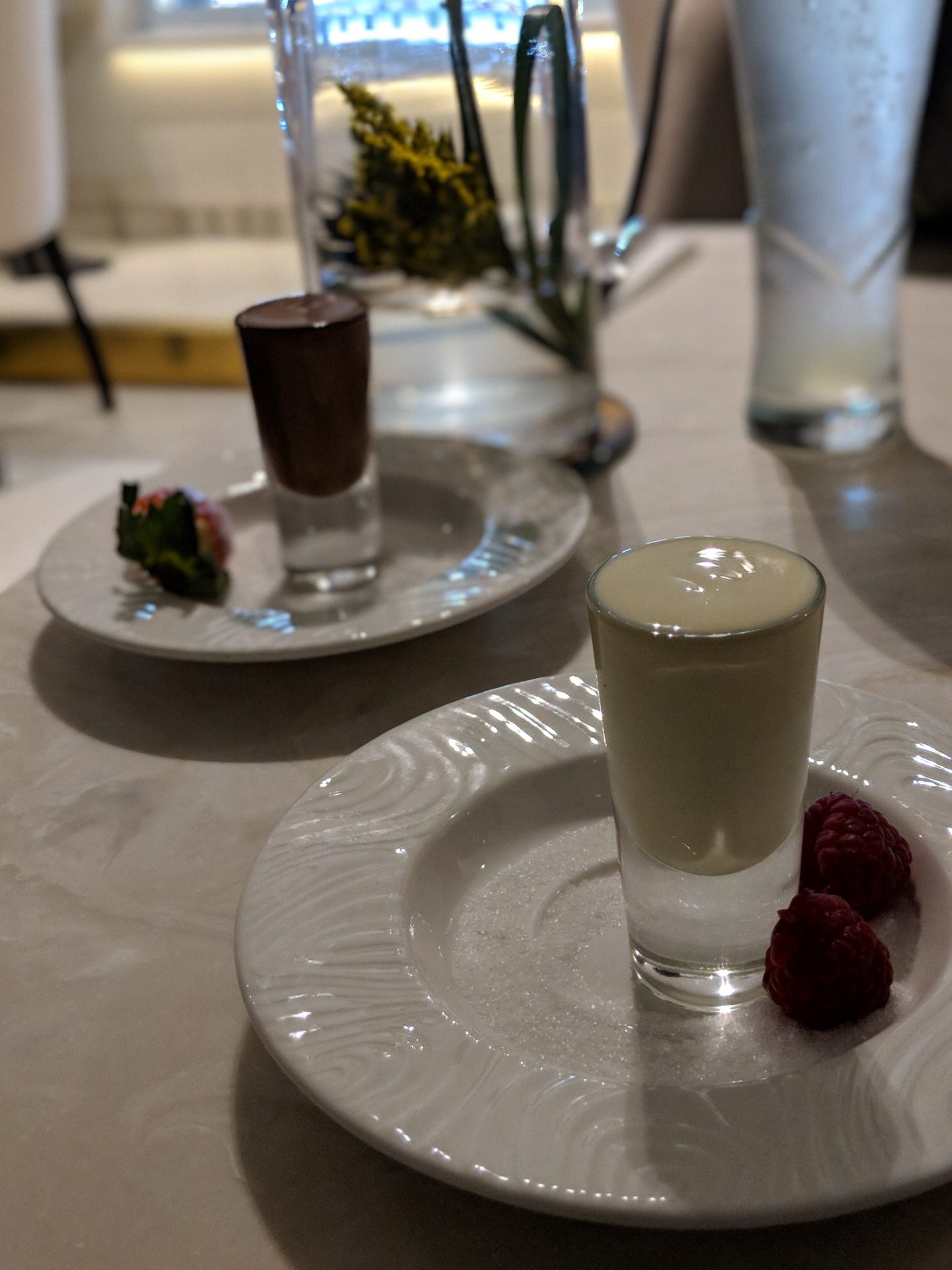 Lime Cooler – This wasn’t like regular mojitos it was more lemony, like fresh lemonade. This was really nice, tangy but just enough mint to be a Mojito! It wasn’t as cold as I would have liked but that is because they didn’t fill most of the cup with ice which was great because there was more to drink! Mintberry Mojito – So this is on my list of favourite drinks at heavenly desserts, so I expected that BUTTT it turns out that it was because they have changed the drink because of feedback, so it is now a float which is thinner more like a Mojito so don’t get it confused! I did still really enjoy this even though again it wasn’t very cold. I would definitely recommend this! 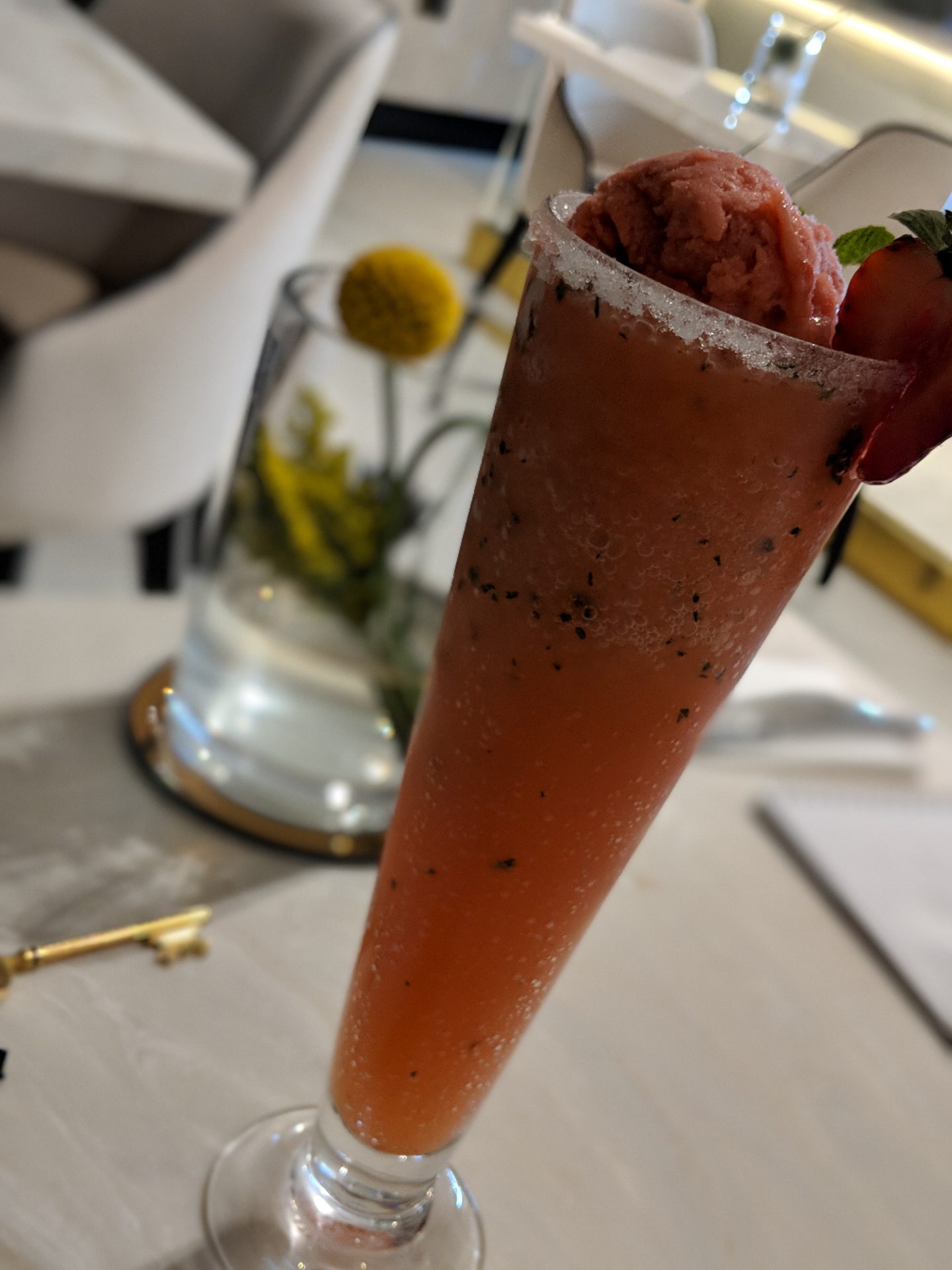 Fabulous Ferrero – this milkshake is a blend of nuts, chocolate and ice-cream to have a Ferrero rocher taste. It was a smooth milkshake as opposed to your thick ice-creams. At first, it didn’t have as much chocolate as I would have liked but they were more than happy to reblend the milkshake with extra chocolate. I have to say the presentation was pleasing to the eye. 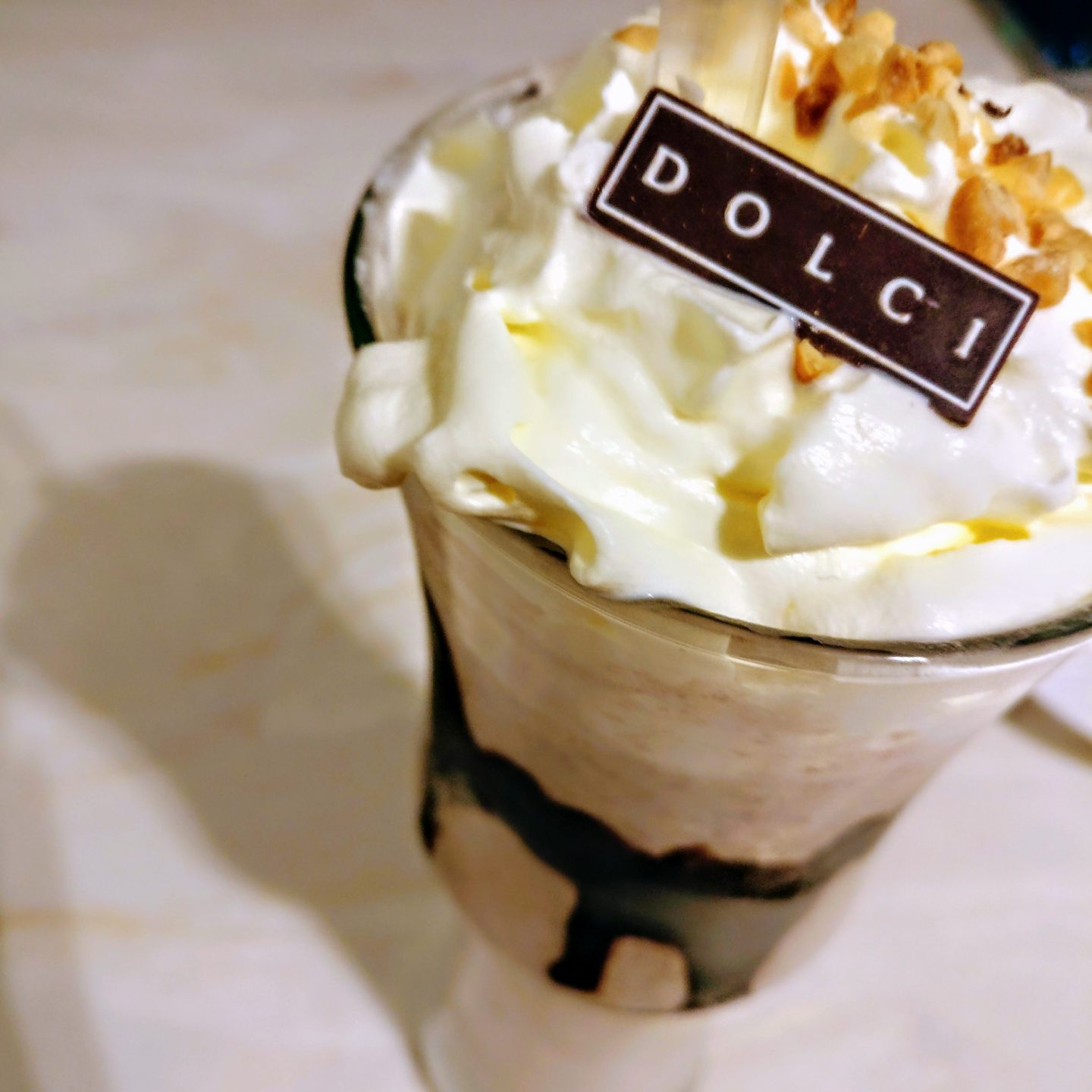 As promised in their bio ‘Everything is designed with passion and care’. We really enjoyed our first time at Haute Dolci. It had a luxurious feel from the moment we got there. The staff and management were more than accommodating to all my fussy requests. All the desserts tasted amazing, and I would definitely recommend a visit to Haute Dolci. The drinks were nice as well although I did end up having to take one out because maybe we ordered a little more than we could handle but we managed to enjoy everything! Oh, and I loved that there was parking and a prayer room meaning I had no worries. I’m waiting for my V.I.P key  🙂 allowing us to get the full experience but watch this space and I will update you soon.

Reserve a Table Via Facebook/Instagram/Twitter @hautedolci

You may also enjoy: 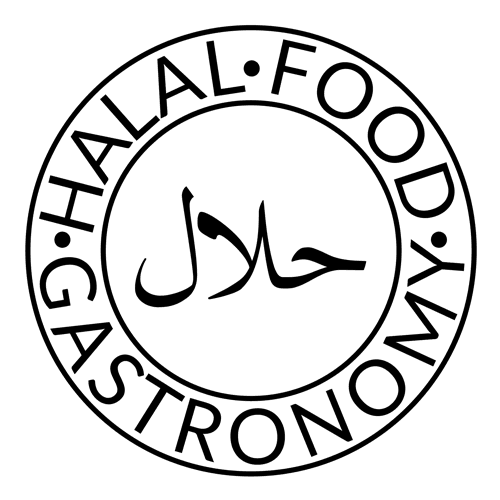 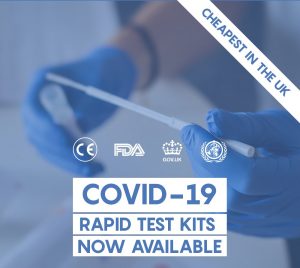 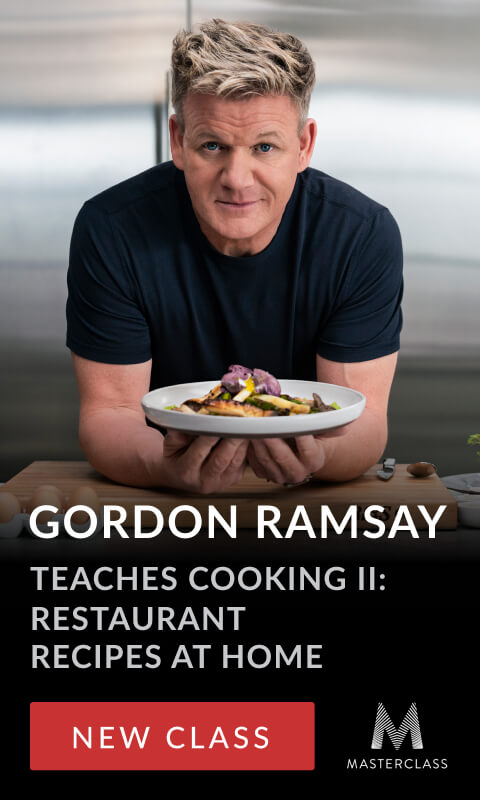 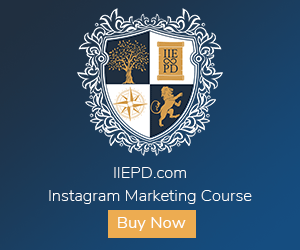